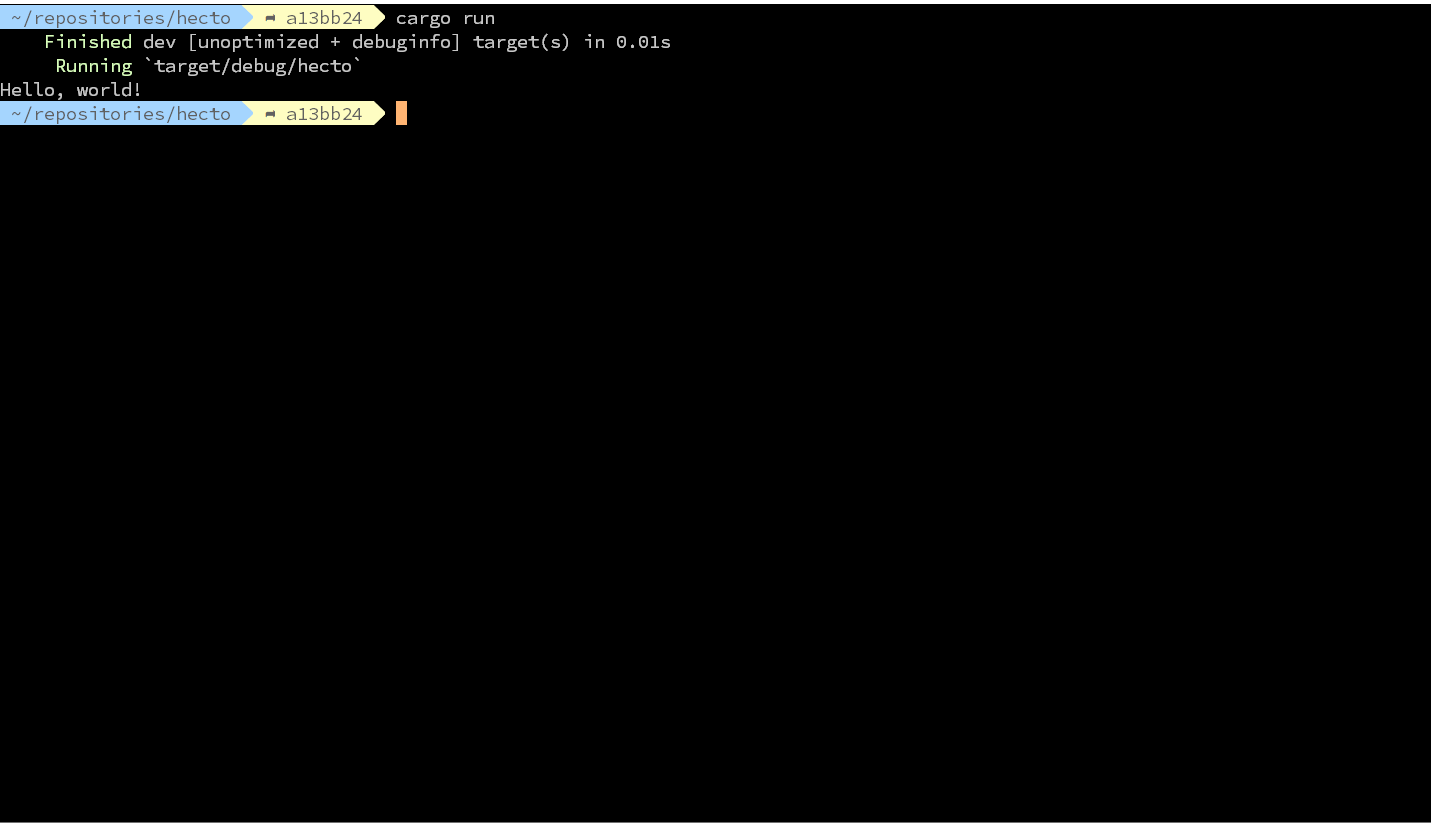 Ahh, step 1. Don’t you love a fresh start on a blank slate? And then selecting that singular brick onto which you will build your entire palatial estate?

Unfortunately, when you’re building a computer program, step 1 can get… complicated. And frustrating. You have to make sure your environment is set up for the programming language you’re using, and you have to figure out how to compile and run your program in that environment.

Fortunately, it’s very fairly to set up a development environment with Rust, and we won’t be needing anything besides a text editor, rust and cargo. To install these programs, we will be using a program called rustup, but there are other ways available to get Rust up and running.

If you are using Linux, or any Unix-System including MacOS, just follow the instructions below. If you are on Windows, you’ll need access to a Linux system. The easiest way is to use the Windows Subsystem for Linux (WSL), which is available for Windows 10. You can run and install Rust on Windows, too, but you will soon run into issues while you are following along this tutorial and won’t be able to complete it.

How to install rust with rustup

If you visit the rustup web site, it tries to auto-detect your operating system and displays the best way to get rustup installed. Usually, you download and execute a script, rustup-init, which does the installation for you.

However, if downloading and executing a remote script is a red flag to you, you can click on other installation options and download rust-init directly for your platform to start the installation.

Finishing the installation on Linux, macOS or Windows Subsystem for Linux (WSL)

After the installation is done, the installer will tell you that it’s finished by printing:

To start using Rust, you either need to restart your terminal or type

Rust needs a linker of some kind to operate. It’s likely that it’s already installed, but when you try to compile Rust problems and get errors telling you that the linker could not be executed, you need to install one manually. C comes with a correct linker, so it’s worth following the original tutorial on how to install C.

To verify that Rust has been installed correctly, run the following command:

In both cases, you should see the program name, the version number and a few other information. If not, please refer to the Installation chapter of the official Rust book to troubleshoot your installation.

hecto is the name of the text editor we will be building. Executing this command will create a folder called hecto which has already set up git (and therefore includes a folder called .git and a file called .gitignore). We are not going to use git for this tutorial, so you can ignore these two files for the duration of this tutorial.

Let’s take a look of what else has happened:

Before we go into the details, let’s first figure out what we are looking at. This is a diff, and it shows you the changes between one code change and the next. Below each step, you will find a link to this current step on Github, where you can also browse the contents of other files at that point of the tutorial. This is very useful in case you are lost.

Every diff tells you if files have been added, modified or deleted, and in case of a modification, it shows deleted code in red, and added code in green.

As you can see from the diff, cargo init has created a file called Cargo.toml, which is pre-filled with some pieces of information. More specifically, the square brackets denote sections. The dependencies section below is empty, and the package section contains:

If you are familiar with JavaScript, the Cargo.toml is comparable to the package.json. It describes your package as well as its dependencies to other packages.

Additionally, there is a file called src/main.rs, which already contains some source code:

This code defines a function called main. The main() function is special. It is the default starting point when you run your program. When you return from the main() function, the program exits and passes the control back to the operating system. Therefore, without any knowledge of Rust, we can infer that this program follows the ritual of the ancients by printing out “Hello, World!” and exiting. Let’s see how we can run this.

Rust is a compiled language. That means we need to run our program through a Rust compiler to turn it into an executable file. We then run that executable like we would run any other program on the command line.

To compile main.rs, make sure you are in the hecto folder (Run cd hecto after cargo init hecto), and then run cargo build in your shell. The output will look similar to this:

This will produce an executable named hecto and place it in a new folder called target/debug/. Additionally, a new file will be created called Cargo.lock. It is automatically generated and should not be touched. When we add dependencies later to the project, the Cargo.lock will also be updated. Its changes are not relevant to this tutorial and are therefore hidden from the diffs.

If you look further at the contents of target/debug, you will find that several more files have been generated. These files are mostly needed by cargoto make rebuilding the code more efficient (more on that in a second). You won’t need any of these files to run hecto except for the executable itself, to run hecto, type ./target/debug/hecto (or ./hecto, if you have already navigated into target/debug) and press Enter. The program should output Hello, world! and then exit.

Since it’s very common that you want to compile and run your program, rust combines both steps with the command cargo run. If you run that command now after cargo build, you might notice that the output changes a bit. It now looks similar to this:

As you might have noticed, cargo does not output a line starting with Compiling, as it did before. That it because rust can tell that the current version of main.rs has already been compiled. If the main.rs was not modified since the last compilation, then rust doesn’t bother running the compilation again. If main.rs was changed, then rust re-compiles main.rs. This is more useful for large projects with many different components to compile, as most of the components shouldn’t need to be recompiled over and over when you’re only making changes to one component’s source code.

Try changing the return value in main.rs to a string other than Hello, World. Then run cargo run, and you should see it compile. Check the result to see if you get the string you changed it to. Then change it back to Hello, World, recompile,and make sure it’s back to returning Hello, World.

After most steps in this tutorial, you will want to recompile the code, see if it finds any errors in your code, and then run hecto by calling cargo run.

In the next chapter, we’ll work on reading individual key presses from the user.