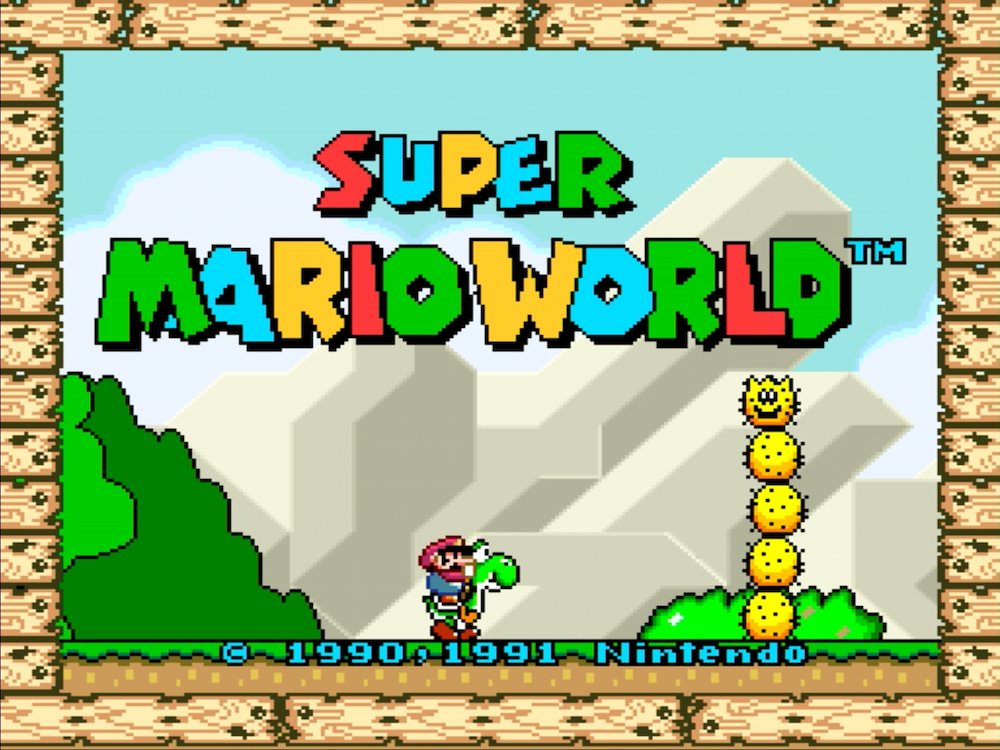 The fastest way to get back that good ol’ 90s feeling on your Super Nintendo is to play Super Mario World - the first few moments of the title screen alone are enough to catapult you back through time.

Consequently, it makes a lot of sense that this game is among the first of my new collection. I can’t tell you how many times I kicked poor Bowser out of his stupid clown aircraft, but it was a lot.

One of the many things that makes this game so awesome is that is easy to get started with, and difficult to master. It’s fairly easy to get to, and then defeat, Bowser, and the game does a lot to point you at shortcuts which make your life easier.

The game does also, however, show you that there is much more to discover to the left and right of the usual path. Each level is represented by a small circle, and very quickly you discover that if the fill color of the circle is red, there is a second, hidden access in that level. You see access to the Star Road shortcut systems at seeminlgy unavailable points on the World Map. There are hints everywhere, and the game invites you to dive in and explore.

This is a classic, and even though it’s widely available and far from rare, I’m delighted to own this again.

My daughters enjoy playing and watching this game, too, the cute graphics are easy to understand, and they love chasing after the big Yoshi coins. It needs to be said, though, that though they appreciate a princess being part of the story, they hate rarely seeing her and that she doesn’t actually do anything (other than being in distress, that is).